Co-hosts—and best friends—Jessica McDonald and Melanie Gable take a lively, conversational approach to exploring a new Disney history topic during each bi-weekly episode. With special guests from the Disney community and fandom, “Cartoons to Castles” aims to look at the history of one of the world’s greatest entertainment companies from a fresh, contemporary perspective. 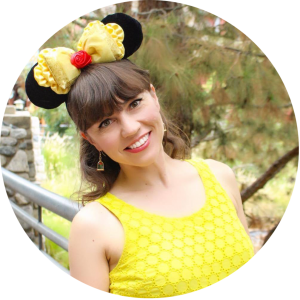 Melanie Gable is an entertainment and theme park reporter who has contributed to Attractions Magazine, The Healthy Mouse, Horsing Around in L.A., My Life is a Journey, and her own blog, KeepQuirky.com. Her live reports, interviews, and reviews have been featured on “The Attractions Show” and Attractions Magazine’s YouTube channel. A performer at heart, Melanie spent a decade acting in Orange County theatre productions, earning the title of “Best Actress of 2010” from OC Weekly. Though she grew up in Idaho, she now lives in SoCal with her husband and daughter and is a Disneyland AP. As a lifelong Disney fan, she is thrilled to co-host this podcast with her talented friend Jessica! 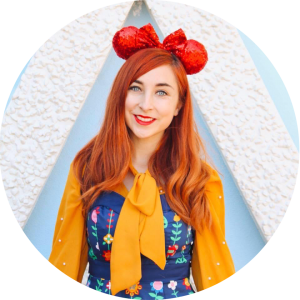 Jessica McDonald began her blog The Healthy Mouse in 2016, as a way to share healthy recipes inspired by Disney and to create food guides that unveiled the vegetarian and vegan food options at Disney Parks. Since beginning this journey, her blog has expanded to focus largely on Disney travel and living a Disney-inspired lifestyle with her husband and daughter in Los Angeles. Jessica has also been a contributor to Disney Family and Disney Eats. Her dream is to someday become a Disney historian or have a role with the Walt Disney Archives. She is excited to be able to showcase her passion for Disney history through “Cartoons to Castles”.